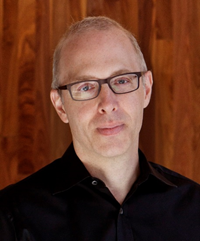 Dan Goldstein, Microsoft, will give a talk titled, “To Put That in Perspective: Generating Analogies That Make Numbers More Easily Understood by Laypeople.”

As data drives more of society’s decision-making, laypeople are frequently exposed to unfamiliar numbers published by journalists, policy makers, and algorithms. These facts and figures can be difficult for readers to comprehend, especially when they are extreme in magnitude (e.g. “a $100 million dollar budget cut”) or employ units that are unfamiliar to readers (e.g. “1.83 tons of CO2 emitted by a jet”). Prior work has shown that adding perspective sentences that employ ratios, ranks, and unit changes to such measurements can substantially improve people’s ability to understand large or novel numbers. For instance, Pakistan’s area of 307,000 square miles can be put into perspective as “roughly ten times the size of South Carolina.” However, there are many different ways to provide context for this measurement. It can also be phrased as “twice the area of California”, which seems more intuitively appealing to Americans. What makes a good perspective? Can perspectives be generated automatically and at scale? In this talk, we demonstrate the effectiveness of perspectives and systematically test which factors influence their quality through a series of randomized experiments involving over 4,000 participants. We develop and compare several automated strategies for generating perspectives, finding beneficial effects on reader comprehension that persist for at least six weeks. We conclude by describing how we deployed perspectives to a major search engine to accompany instant search answers.

Dan Goldstein is a Principal Researcher at Microsoft Research in New York City. Previously he was a marketing professor at London Business School and taught or researched at Yahoo Research, Columbia University, Stanford University, Harvard University, and Germany’s Max Planck Institute, where he was awarded the Otto Hahn Medal in 1997. In 2015-2016 Dan was President of the Society for Judgment and Decision Making, the largest academic organization in behavioral economics. He holds degrees in Computer Science and Cognitive Psychology and received his PhD in 1997 from the University of Chicago.