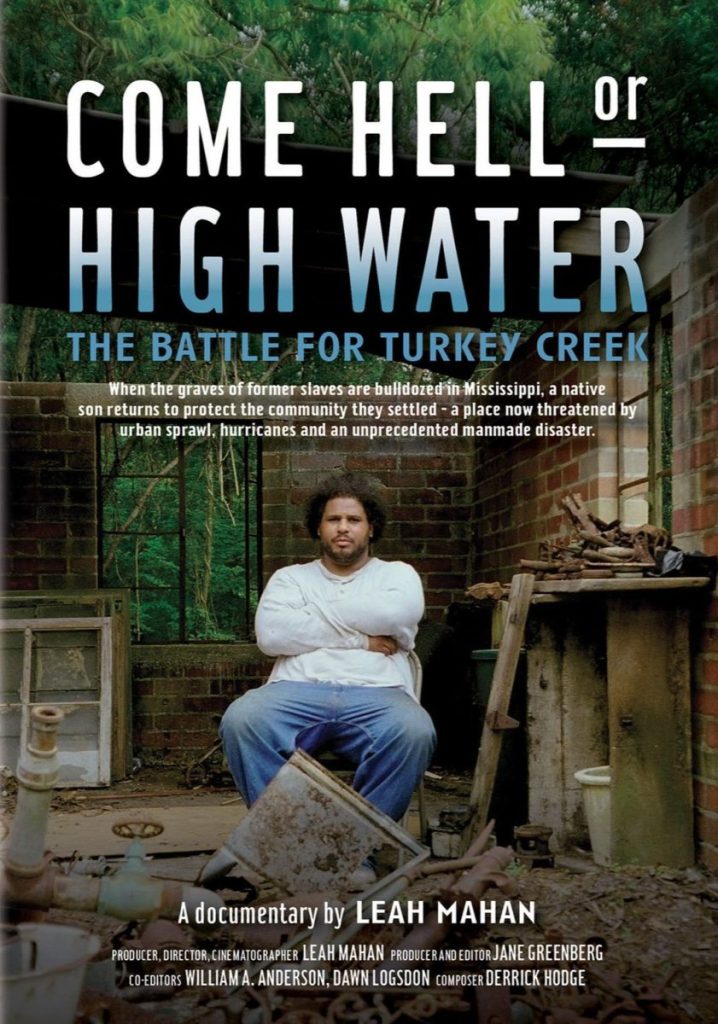 Join us at Images on Tuesday, April 5th, at 7:30 for a screening of the film Come Hell or High Water: the Battle for Turkey Creek, with a post-film conversation on environmental justice. This event commemorates Martin Luther King Jr’s final speech on April 3, 1968, “I’ve been to the Mountaintop,” about local organizing efforts against racial and labor injustice, and encourages us to reflect on how we might contribute to his legacy following his assassination on April 4, 1968. MLK’s imagination of the “mountaintop” is a Black socioecological vision that reverberates throughout connected struggles within Black environmental genealogy that take up the compounded questions, realities, entities and futurities of land, repossession and environmental justice. The film follows Derrick Evans and his neighbors on the Gulf Coast as they stand up to powerful corporate interests and politicians and face Hurricane Katrina and the BP oil disaster in their struggle for self-determination and environmental justice.