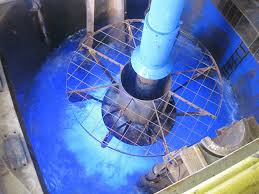 Plants – from lush rainforests to desert shrublands – map climatic differences on the landscape. The waxy molecules coating plant leaves are some of the most resilient biochemicals made by plants and they contribute to the sedimentary legacy of past environment, archived in deep sea sediments. The International Ocean Discovery Program has recently drilled the two largest submarine fans in the world, the Bengal Fan (Expedition 354) and Indus Fan (Expedition 355). These megafans yield thick deposits of dominantly terrestrial organic matter derived from the Ganges-Brahmaputra and Indus River systems respectively. In addition, legacy cores from the Gulf of Aden (Expedition 24) contain wind-blown terrestrial organic material from NE Africa. From each of these expeditions we have uncovered a record of landscape change and I weave these together with terrestrial evidence into an integrated story of landscape and climate change around the shores of the Indian Ocean. Plant waxes are key to this story as their C isotopic composition reflects photosynthetic pathway and their H isotopic composition that of precipitation. Dual analyses in the same plant wax molecules allow climate and ecology to be tracked in tandem. Using this approach, we find unequivocal evidence that drying in the core monsoon region coincided with the widespread development of C4 grasslands. These plant wax records provide dramatic illustration of the sensitivity of ecosystems to climatic change in one of the most flood and drought prone, and highly populous regions of the globe.

Dr. Feakins is an Associate Professor of Earth Sciences at the University of Southern California. She received her Ph.D. from Columbia University and was a NOAA Postdoctoral Fellow at Caltech. Sarah has worked on deep sea drilling cores for the past 15 years. A graduate student and a postdoctoral researcher from her group sailed as shipboard scientists on two consecutive IODP Expeditions (Expeditions 354 and 355).