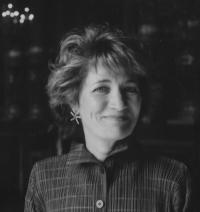 "Music as Public Utility: From Horace to World Music Day"

Musicologist, pianist and documentary filmmaker, Jann Pasler has published widely on contemporary American music, French music, modernism, postmodernism, and cultural life in Paris at the turn of the 20th century. Her article, "The Utility of Musical Instruments in the Racial and Colonial Agendas of Late Nineteenth-Century France," Journal of the Royal Musical Association Vol. 129, No. 1 (Spring 2004), won the Colin Slim Award from the American Musicological Society for the best article in 2005 by a senior scholar. Currently she has two books in production: Useful Music, or Why Music Mattered in Third Republic France, volume 1: Music as Public Utility (University of California Press) and Writing through Music (Oxford University Press).

Pasler has presented her work at international conferences in England, France, Germany, Italy, Australia, and Japan. It has been honored by three NEH fellowships, a UC President’s Fellowship, and a Senior Fellowship at the Stanford Humanities Center. In 2003-2004 she was the Flora Stone Mather Visiting Professor at Case Western Reserve University. In 2006-07 she is a fellow at the National Humanities Center, North Carolina.

Her video documentaries have been shown at the Smithsonian, national meetings of the Association for Asian Studies and the American Anthropological Society. They have won film festival awards. Berkeley Media distributes them nationally and internationally.