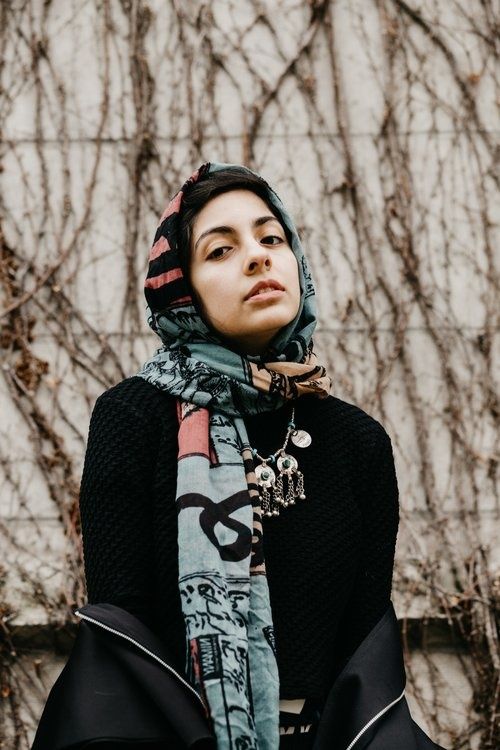 Hoda Katebi is the Chicago-based angry writer/daughter of Iranian immigrants. Her creative political fashion work has been hailed from the BBC to the New York Times to the pages of VOGUE and featured/cited in books, journals, and museums around the world. She describes her fashion blog, JooJoo Azad, as a radical anti-capitalist, intersectional feminist, and body-positive political fashion platform. Hoda is the host of #BecauseWeveRead, a radical book club and discussion series with chapters globally; founder of Blue Tin Production, an all-women immigrant & refugee-run apparel manufacturing workers co-operative; and organizer with Believers Bail Out, a national effort using zakat to bail Muslims out from pretrial & immigration incarceration. She is an abolitionist and community organizer, previously part of campaigns to end surveillance programs and police militarization.

Hoda graduated from the University of Chicago in 2016 where her research explored the intersections of fashion, gender, and the state in Iran, and will be starting law school in the fall of 2020. Hoda runs on saffron ice cream & colonizer tears.

Her talk is the keynote event of Claiming Williams 2020.