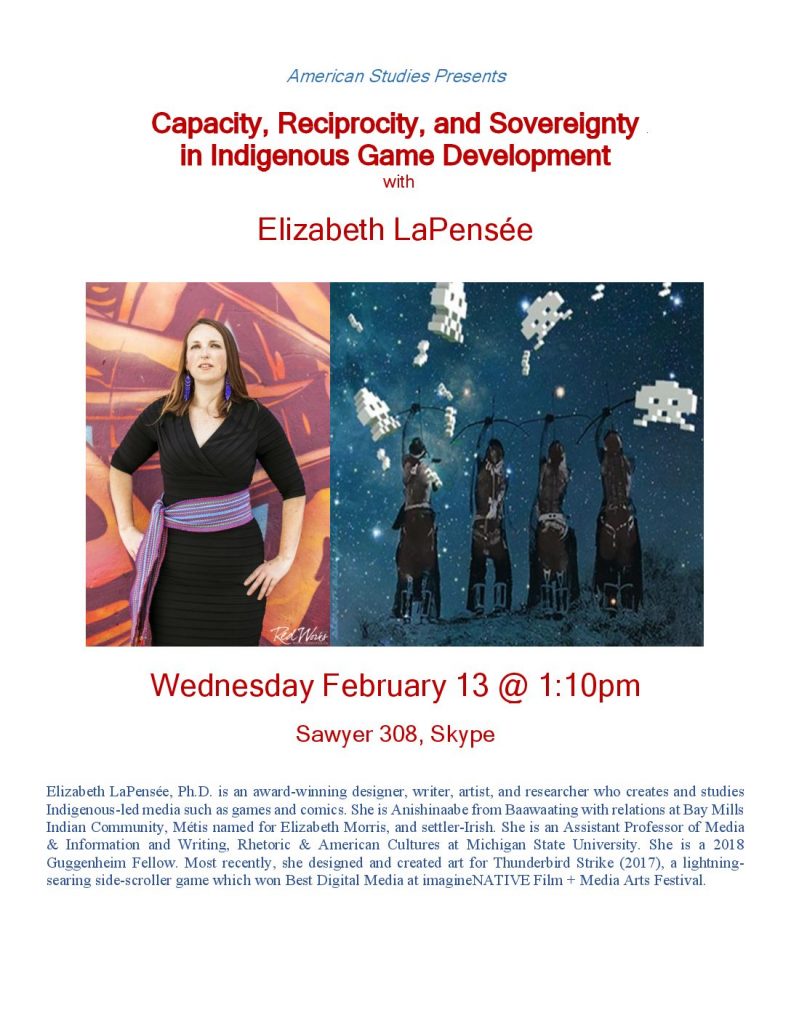 “In what ways can video games build capacity, contribute to reciprocity, and reify Indigenous sovereignty? This talk looks at the development process and design of Indigenous video games including Thunderbird Strike, When Rivers Were Trails, and Honour Water, all of which engage Indigenous people as collaborators enacting self-determination.”

Elizabeth LaPensée, Ph.D. is an award-winning designer, writer, artist, and researcher who creates and studies Indigenous-led media such as games and comics. She is Anishinaabe from Baawaating with relations at Bay Mills Indian Community, Métis named for Elizabeth Morris, and settler-Irish. She is an Assistant Professor of Media & Information and Writing, Rhetoric & American Cultures at Michigan State University. She is a 2018 Guggenheim Fellow. Most recently, she designed and created art for Thunderbird Strike (2017), a lightning-searing side-scroller game which won Best Digital Media at imagineNATIVE Film + Media Arts Festival.