Building a Career in Theatre, Film, and Television 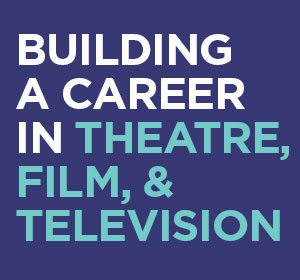 There will be an opportunity for Q & A, and individual meetings, following the panel discussion.

Joe Cacaci was the founding director of East Coast Arts, where he produced twenty world premiere plays over seven seasons, and the Producing Director, with Dan Lauria, of The Playwrights Kitchen Ensemble in L.A., where over 500 new plays were given staged readings. Joe co-produced David Mamet’s Obie-winning play Edmond at the Provincetown Playhouse. His own plays have been produced at The Public Theater and The Coconut Grove Theatre, where he also directed, and at The Long Wharf Theater and The Alley Theatre. He has also directed at The Westport Playhouse and commercially in New York and Los Angeles. Joe teaches television writing in the graduate film program of the Columbia University School of the Arts and undergrad at Wesleyan University.

Jessica Hecht is an American actress and singer, who played Gretchen Schwartz on Breaking Bad, Susan Bunch on Friends and has made numerous Broadway appearances. Jessica was nominated for a Tony Award for Best Featured Actress for her role in A View from the Bridge on Broadway with Scarlett Johansson and Liev Schreiber, and performed on Broadway with Jim Parsons in Harvey. In 2016, Hecht performed the role of Golde in the 2015 Bartlett Sher-directed revival of Fiddler on the Roof at the Broadway Theatre. She also appeared as Gretchen Schwartz on the AMC drama series Breaking Bad, in the TV drama Person of Interest, Marvel’s Jessica Jones on Netflix, and the Amazon Prime original series Red Oaks. In 2019, she appeared in film A Beautiful Day in the Neighborhood.

Andrew Lazarow is an award-winning visual storyteller, designing video and projections for the theatre and permanent installations. Most recently he designed a new production of Kinky Boots directed by Jerry Mitchell, Head Over Heels on Broadway, and was a resident designer for the windows at Tiffany & Co.’s flagship store on 5th Avenue. Other favorite theatrical works include Terms of My Surrender with Michael Moore on Broadway, Brooklynite at the Vineyard Theater, and Privacy with Daniel Radcliffe at the Public Theater. Working with ESI Design Andrew has designed large scale projects in Times Square, Hudson Yards, Las Vegas, and is currently designing a project for The City of Boston and Mumbai. Andrew’s work sits at the intersection of storytelling and technology, often utilizing new hardware and custom-coded software. He graduated from Williams College in 2007, received his master from NYU Tisch in 2012, and has been teaching at NYU for the past six years.

A showrunner for both comedy and drama, Emmy-nominated writer and producer Michael Sardo has worked on hundreds of episodes of television, including The Tracey Ullman Show, Grace Under Fire, Wings, Picket Fences, Caroline in the City, American Embassy, and Rizzoli & Isles. He was the creator, showrunner and executive producer of the series Fairly Legal and Normal. He has been a guest lecturer at Columbia University School of the Arts, Stonybrook University, and Chapman University. He has also taught and lectured internationally.

Casey York is a Brooklyn-based Arts Administrator and Producer of new works. Since 2014 she has been the General Manager at Ars Nova, a non-profit organization dedicated to discovering, developing & producing new work from emerging artists in music, comedy and theater. She is the Vice President of the Association of Non-Profit Theater Companies (ANTC), a Board Member of the League of Off Broadway Theaters and Producers, serves on the Lucille Lortel Awards Administration committee, and ART/NY’s Body Autonomy Program’s Leadership Council. Previously she worked with Playwrights Horizons, NAATCO, Half Straddle, taught a Winter Study course on Arts Management at Williams College, and was a Lucille Lortel Award Nominator and Voter for three seasons. She trained with NYFA in their Emerging Leaders Boot Camp, The Management Center, ART/NY’s Diversifying Our Organizations Cohort, and has a BA from Williams College.