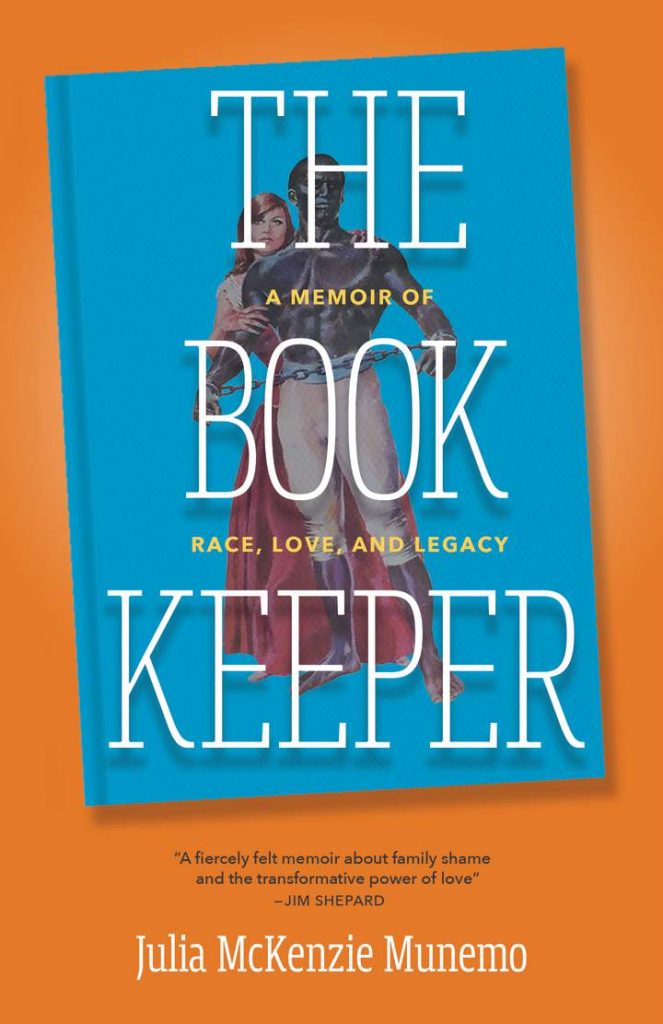 Freelance writer and Williamstown resident, Julia Munemo, will be at the Williams Bookstore on Saturday, January 18th to read excerpts and sign copies of her debut memoir, The Book Keeper.  Please join us for the reading, a Question and Answer period, and to meet the author beginning at 4:00 p.m.

Julia McKenzie Munemo went to Bard College before studying education at Harvard. After building a career as a freelance writer, she earned an MFA in creative nonfiction from the Stonecoast Program at the University of Southern Maine. She lives with her family in western Massachusetts.

Decades after Julia McKenzie Munemo’s father’s death, she learned that he made his living writing interracial pornography under pseudonym. She hid the stack of his old paperbacks from her Zimbabwean husband, their mixed-race children, and herself before realizing her obligation to understand her racial legacy.  Such was the beginning of Munemo’s book “The Book Keeper”.

“Book Keeper” is about love, inheritance, race, loss, and revelation. By unpacking the story of her father’s past, Munemo in turns unpacks the story of herself, her husband, and the future of her children. This story, neatly told, stands not only as a multi-generational interrogation into a writer’s unfurling past, but also an ongoing meditation on privilege and the complexity of race in twenty-first century America.