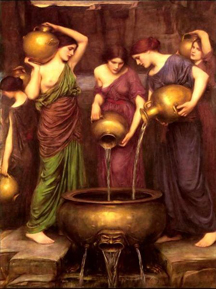 It has been said that this moment in theatre history is the Mee generation, and this wild free-for-all celebration of the power of love is among the playwright’s most popular works. Big Love, re-made and adapted from what is possibly the oldest Western drama, The Suppliant Maidens by Aeschylus, begins as ﬁfty Greek brides ﬂee their ﬁfty grooms and seek refuge in a villa on the coast of Italy. Quickly, the grooms, arriving by helicopter in their ﬂight suits, catch up with the brides, and the over-the-top extremity of the world of the play explodes with karaoke numbers, variety acts, pop songs, ﬁght sequences and physical contests. The conclusion of the play has been characterized by one critic as “a danse macabre of the homicidal brides.”