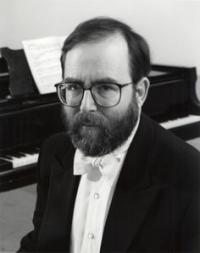 One of the most experienced and versatile musicians of our time, the American pianist Benjamin Pasternack has performed as soloist, recitalist and chamber musician on four continents. His orchestral engagements have included appearances as soloist with the Boston Symphony Orchestra, the Philadelphia Orchestra, L’Orchestre Symphonique de Quebec, the Tonhalle Orchestra of Zurich, the New Japan Philharmonic, the Pacific Symphony, and the New Jersey Symphony. Highlights of recent seasons have included appearances as soloist with the Orchestre National de France, the SWR Orchestra of Stuttgart, the Bamberger Symphoniker and the Düsseldorfer Symphoniker. Among the many illustrious conductors with whom he has collaborated are Seiji Ozawa, Erich Leinsdorf, David Zinman, Gunther Schuller, Leon Fleisher and Carl St. Clair. Mr. Pasternack´s long-standing relationship with the Boston Symphony Orchestra took a dramatic turn in October of 1988 when, on less than 36 hours notice, he performed Mozart’s Piano Concerto in G Major, K. 453 to outstanding critical and public acclaim. He has performed as soloist with the Boston Symphony on twenty-one other occasions; at concerts in Carnegie Hall, the Kennedy Center, in Athens, Salzburg and Paris on their European tour of 1991, and in Sao Paulo, Buenos Aires and Caracas on their South American tour of 1992. He was once again soloist with the Boston Symphony in Boston, New York and Philadelphia during the 2001-02 season, performing in the concert which marked Seiji Ozawa’s final appearance in Carnegie Hall as music director of the Boston Symphony.

Mr. Pasternack has been guest artist at the Tanglewood Music Center, the Festival of Two Worlds in Spoleto, Italy, the Seattle Chamber Music Festival, the Minnesota Orchestra Sommerfest, the Festival de Capuchos in Portugal and the Festival de Menton in France. He has been featured as soloist twice on National Public Radio’s nationally syndicated show “SymphonyCast.” His CD recording of piano music by Aaron Copland was released on the Naxos label in May 2005.

A native of Philadelphia, Benjamin Pasternack entered the Curtis Institute of Music at age 13, studying with Mieczyslaw Horszowski and Rudolf Serkin. He was the Grand Prize winner of the inaugural World Music Masters Piano Competition held in Paris and Nice in July 1989. Bestowed by the unanimous vote of a distinguished panel of judges, the honor carried with it a $30,000 award and engagements in Portugal, France, Canada, Switzerland and the United States. An earlier competition victory came in August 1988 when he won the highest prize awarded at the 40th Busoni International Piano Competition. After fourteen years on the piano faculty of Boston University, Mr. Pasternack joined the piano faculty of the Peabody Conservatory of Music in September 1997.