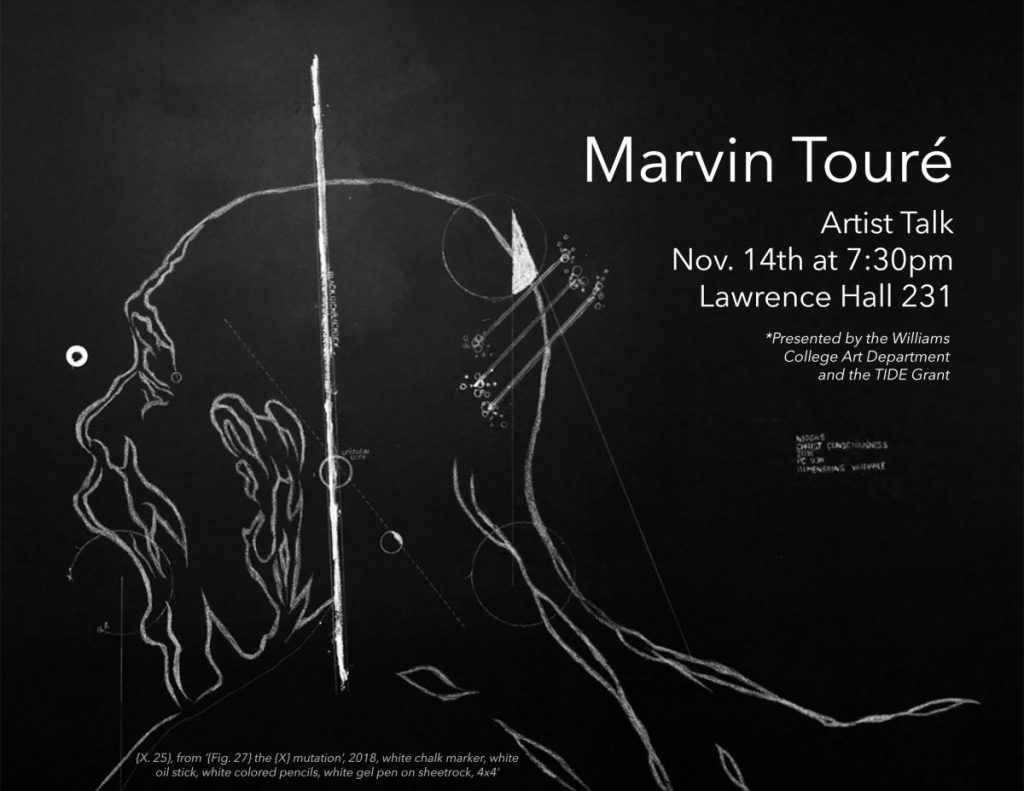 Marvin Touré (b.1991) is an Ivorian-American artist who uses objects of innocence (artifacts and stories from his childhood and adolescence) as a vehicle to interrogate themes of race and mental health. In 2014 Marvin received a B.A. in New Media Arts with a minor in Architecture from Southern Polytechnic State University (now Kennesaw State University) in Marietta, Georgia. In 2016 he received an M.F.A. in Fine Arts from The School of Visual Arts and soon after completed a residency at the Skowhegan School of Painting and Sculpture (2016). Touré’s work has been included in exhibitions at Jan Brandt Gallery (2015) in Bloomington, Illinois, The Hole (2016) in New York City, the PRIZM art fair (2016) in Miami, Florida, Project for Empty Space at Gateway Project Spaces in Newark, New Jersey (2016), Smack Mellon (2017) in Brooklyn, New York, the University of Connecticut-Stamford (2018) in Stamford, Connecticut, and the Franconia Sculpture Park (2018) in Shafer, Minnesota. In 2018 Marvin’s first solo exhibition was shown at the AC Institute in New York City, and shortly after he was named as one of the five 2018 FSP/Jerome Foundation Fellows.