An Evening with Mark Feuerstein 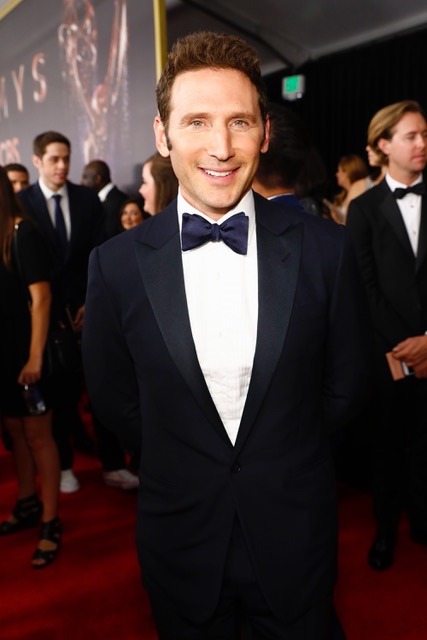 Actor and producer Mark Feuerstein has received critical acclaim for his roles in feature film, television and theater. He is best known for his lead role as Dr. Hank Lawson in the series Royal Pains. In addition to directing many episodes of Royal Pains, he co-created, with his wife, Dana Klein a show for CBS, 9JKL, that he also starred in.

Upon graduating from Princeton University, he received a Fulbright Scholarship to study abroad. He received a degree from the London Academy of Music and Dramatic Arts and, through his work in regional theatre, was discovered by TV director James Burroughs (Cheers, Friends, Will and Grace), he was “plucked him from obscurity and gave him plum roles on a bunch of hit sitcoms like Caroline in the City and Good Morning Miami.”

He was cast by Aaron Sorkin as the virtuous Republican Clifford Calley on The West Wing. These roles led to his expansive film career in which he played Sandra Bullock’s husband in Practical Magic, Samuel L. Jackson and Tommy Lee Jones’ sidekick in Rules of Engagement, Mel Gibson’s sidekick in What Women Want, Penelope Cruz’s love interest in Woman on Top, Albert Brooks’ nemesis in The Muse, and then, the movie that had women—Jewish and non-Jewish alike—swooning for him, In Her Shoes, in which he played Toni Collete’s love interest and Cameron Diaz’s brother in law. Feuerstein played a Jewish intellectual opposite Daniel Craig and Liev Schreiber in Ed Zwick’s epic film about the largest rescue of Jews by Jews in the Holocaust, Defiance. He produced the self-funded, independent feature comedy, Larry Gaye: Renegade Male Flight Attendant which also starred Henry Winkler, Stanley Tucci, Taye Diggs, Marcia Gaye Harden, Molly Shannon, Danny Pudi, Rebecca Romijn, and Jason Alexander.

Feuerstein made his Broadway debut in Alfred Uhry’s (Driving Miss Daisy) Tony Award-winning play The Last Night of Ballyhoo. He went on to perform at the Geffen Theatre in Some Girls, written and directed by Neil LaBute. He is an outspoken and proud Jew, speaking on Jewish Identity in the Media and the importance of representation for Jews in front of the camera and in the stories we choose to tell.