An afternoon with author Richard Bogovich at The Williams Bookstore 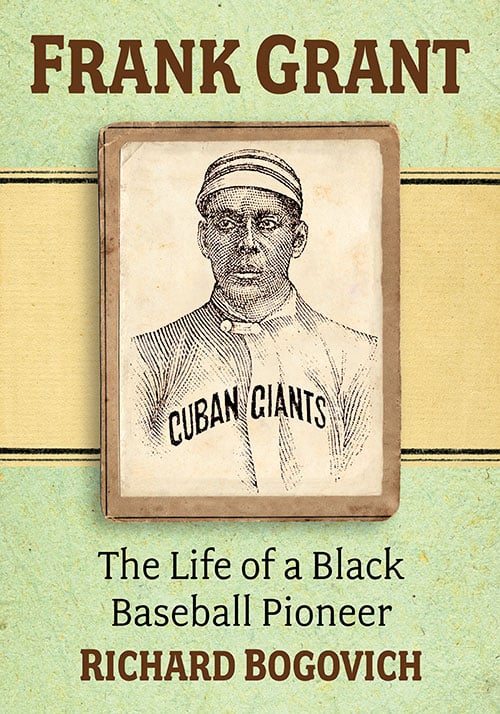 Frank Grant challenged baseball’s color barrier in the 1880s to play for top professional teams that were otherwise all white—and two minor league teams even fought a legal battle for his services. Grant lived in Williamstown from about age 5 into adulthood, and an article published during his career said he learned much about baseball from watching the Williams College team play. Other New England colleges also hosted games and had their varsity team play against Grant and his Cuban Giants team as often as Williams College throughout the 1890s.

Richard Bogovich is a contributor of biographies to numerous SABR books, including several on Negro Leaguers, and author of McFarland’s book on Hall-of-Famer Kid Nichols. Books will be on hand for sale and signing. The event is free and open to the public.