‘Alone in Fukushima’: A Documentary Screening on 3/13-CANCELED 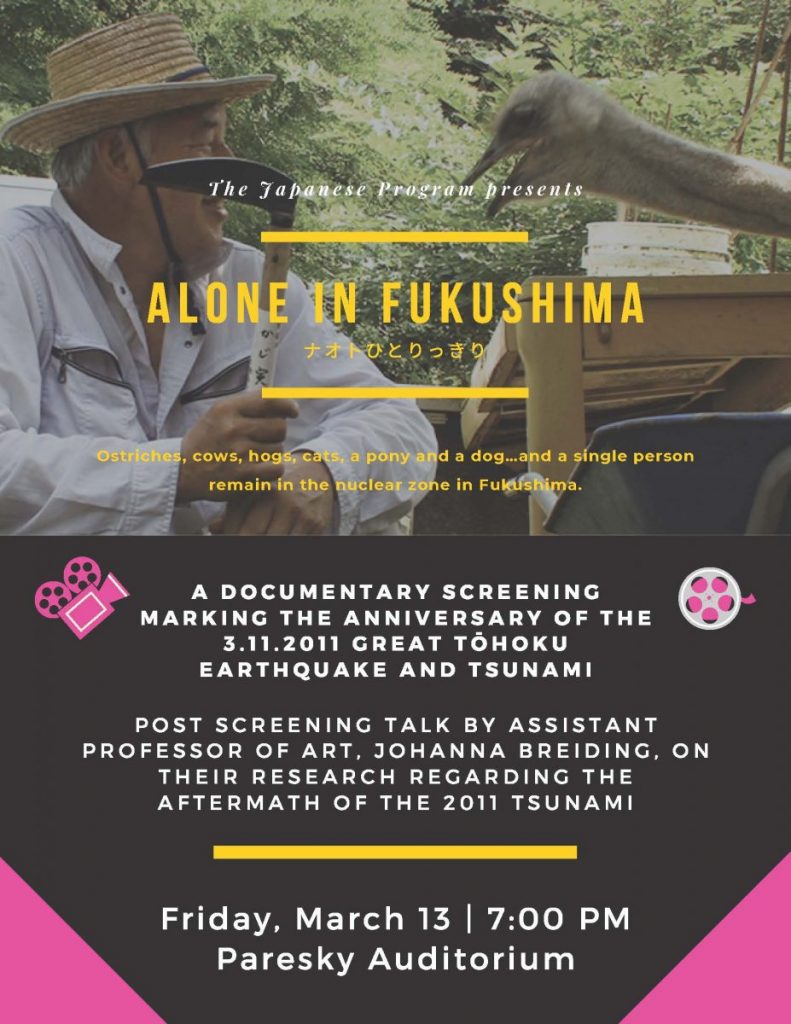 Alone in Fukushima, a documentary screening marking the anniversary of the 3.11.2011 Great Tōhoku Earthquake and Tsunami

Post screening talk by Assistant professor of Art, Johanna Breiding, on their research regarding the aftermath of the 2011 Tsunami

Ostriches, cows, hogs, cats, a pony and a dog…and a single person remain in the nuclear zone in Fukushima. 55 year-old Naoto Matsumura lives alone with these animals in Tomioka, a town located only 12 kilometers away from the melted-down nuclear power plant.

In last few years, Naoto has been the focus of media attention, being covered by CNN, ARTE and other major overseas networks. But due to government restrictions, his story has remained largely untold in the Japanese media. Until now, there has never been a feature-length documentary film on him and the reality of life in the exclusion zone.