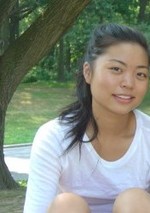 The Williams College Department of Music will present a Junior Recital featuring Alicia Choi ’09, violin on Saturday, April 19, at 2 p.m. in Brooks-Rogers Recital Hall. This free event is open to the public.

Choi will be playing Ysaÿe’s Sonata No. 4 a Fritz Kreisler in E Minor, Elgar’s Sonata for Violin and Piano in E Minor, Bach’s Sonata No. 2 in A Minor, and Waxman’s Carmen Fantasy. She will be accompanied by Elizabeth Schwartzman ‘08 on the piano.

Choi began studying the violin at the age of 4. At the age of 11, she was a finalist in the Queens Symphony Young Soloist’s Competition and the state alternate in the High School Performance Division in the MTNA Student Performance Competition. At the age of 13, she was a soloist with the New York Musicians Ensemble at Weill Recital Hall at Carnegie Hall. She also participated in the Aspen Music Festival in the summer of 2001, where she performed in the Starling recital series, and was a part of the New York All-State Orchestra in 2003. She has performed at Juilliard Theater, Paul Hall, and Morse Hall, and in her high school, has been the concertmistress of the Stuyvesant String and Chamber Orchestra for 2 years and the first violinist in Orchestra on the Go. In February 2004, she performed at the Weill Recital Hall at Carnegie Hall in the Young Musician’s Concert. Alicia also has participated in the Chamber Music Workshop at the School for Strings where she performed in master classes of Aaron Rosand, Philip Setzer, and the Daedalus Quartet in the summer of 2004. From 2001, Alicia received a scholarship to attend the Pre-College Division of the Juilliard School of Music, under Won-Bim Yim and Masao Kawasaki for 4 years. She currently attends Williams College, where she performs in several solo and chamber recitals, and has performed in master classes for Donald Weilerstein, James Buswell, and Wonji Kim Ozim. In May 2006, she performed as a soloist and winner of the 2006 Berkshire Student Soloist Competition with the Berkshire Symphony. She currently studies with Joanna Kurkowicz.