"A People's History of Performance Art" 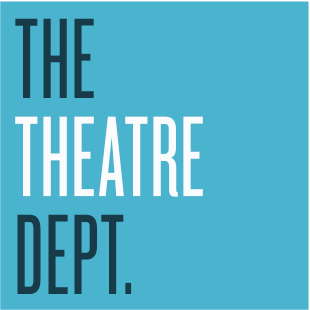 What’s the difference between theatre and performance art? When do objects “act” better than actors? Why is Kendall Jenner imitating Yoko Ono? Join us for a new collaboration between the Theatre Department and Williams College Museum of Art that aims to investigate the history (and histrionics) of performance art. Accompanied by the gallery exhibition Active Ingredients: Prompts, Props, Performance—featuring art objects that “perform”—A People’s History of Performance Art conjures a series of tableaux-vivants (living pictures) based on iconic photographs of archival performance art works by artists such as Yves Klein, Carolee Schneemann, Chris Burden, Yoko Ono, Adrian Piper, Tehching Hsieh, and Marina Abramovic. Reversing the dichotomy of performance as “live” and objects as “dead,” A People’s History of Performance Art flips the script to reveal how art can sometimes seem more alive than people.

*Member of Actors’ Equity Association, the Union of Professional Actors

At the Williams College Museum of Art (WCMA) Active Ingredients: Prompts, Props, Performance flips the script on the performativity of art objects and the objectness of human performers. This two-part show consists of both a theatrical event and a gallery-based exhibition. Together, the two parts reverse the common distinction of performance as “live” and art objects as “dead.”

The exhibition, Active Ingredients, considers contemporary object-based practices through the lens of performance, examining works that act, that promise future action, or prompt an audience response. The event, A People’s History of Performance Art, stages the canonical history of performance art through tableaux vivants of famous photographs. Together, these two presentations meditate on the meanings, subtleties, limits, and complications of “performance,” and the difficulties it poses for exhibition. “On the one hand, I was fascinated by how performance art settles over time into its documentation, and how the documentation ascends into iconic status; on the other, I wanted to see if it was possible to do a non-melancholic performance exhibition, one that pointed to the future rather than the past—it turned out the only way to do it is with objects,” said co-curator David Levine.

The nineteenth-century dramatic medium of tableau vivant blurs the line between the image and the act it records. A People’s History of Performance Art takes this as a jumping-off point, re-animating iconic documentation of works by Joseph Beuys, Robert Morris, Carolee Schneeman, Chris Burden, Yoko Ono, Tehching Hsieh, Valie Export, Yves Klein, Adrian Piper, Marina Abramovic, and others. The event at once transforms static documentation into active performances, while transforming active performers into static documents. A People’s History will be performed by New York-based actress Kate Hampton as the Doyenne, and a cast of students from the Williams College Theatre department. It opens a conversation about what is considered “canonical” performance art, the role of photography and style in its canonization, and the treatment of performance by the art world and museums. “The art world adores performance, but it hates theatre,” said Associate Professor of Theatre Amy Holzapfel, “Why? And when is performance ever not theatrical? Instead of fetishizing the remnants of past performances as artworks, we wanted to showcase artworks as actors in their own right, prompting performance’s futurity rather than memorializing its disappearance.”

The concurrent exhibition considers objects not as commemorative or archival documents, but rather as reservoirs of potential future action, as prompts for audience or artist activity, and even as actors. 1-1-1, a 1969 Richard Serra “prop” sculpture, is an object physically suspended (propped) and potentially movable (a prop)—one of the clearest and most striking articulations of the show’s conceptual grammar. Joining the Serra is a body sculpture in which artist Jamie Isenstein’s body is decidedly missing, along with works of art by Charles Gaines, Camille Henrot, Ryan McNamara, Clifford Owens, Laura Owens, and Barbara T. Smith. A new commission by William Pope.L comprises a wooden construction resembling a theater flat, on which an organic drawing made of peanut butter and other materials will drip, ooze, and transform over the duration of the exhibition. The works of art are shown alongside actual props from national opera houses, including heads of St. John the Baptist from Salome. Finally, Felix Gonzalez-Torres’s Untitled (Go-Go Dancing Platform), 1991—a stage at times activated with a human presence—serves as the linchpin of this two-part show, connecting the exhibition space to the theatrical event space. Alternately a plinth awaiting a statue or a stage awaiting a performer and a platform for exuberant expression, it oscillates between the performativity of minimalism and the minimalism of performance, generating a constant dialectic of presence and absence.

“At a moment when the art world is obsessed with performance and its archives, we wanted to show how this kind of work can inhabit the museum in a totally different way, by complicating oppositions between liveness and deadness, archive and repertoire, and prop and artwork,” said WCMA interim director Lisa Dorin. While the tableaux vivants interrogate activeness by turning bodies into props or objects, the exhibition casts sculptural objects as potentially embodied or living things, unsettling assumptions and dichotomies surrounding performance art and its relationship to museum spaces.

David Levine is an artist, director, and writer. Recent performance commissions include Fondation Cartier, REDCAT Gallery, KW Institute for Contemporary Art, PS122, Creative Time, and Mass MoCA. He has directed theatrical premieres at Primary Stages, the Atlantic, and the Vineyard theaters, and his writing on performance, theater, spectatorship and art have appeared in Triple Canopy, Parkett, Mousse, Cabinet, Theater, and BOMB.  He is the recipient of a Foundation for Contemporary Arts Award, (2016), an OBIE Award (2013), and fellowships from the Radcliffe Institute for Advanced Study, the MacDowell Colony, and the New York State Foundation for the Arts, and has given talks at the Dia Center for Contemporary Art, the Goethe Institute New York, and MoMA. From 2010 to 2015 he was the Director of the Studio Program at Bard College Berlin. He is currently Professor of the Practice of Performance, Theater, and Media at Harvard University.  Best Behavior, an anthology of his written work, will be published by 53rd State press in 2018, alongside A Discourse on Method, a collaborative project with scholar Shonni Enelow. He is currently working with the Brooklyn Museum on Some of the People, None of the Time, a project about fake crowds.

The Williams College Museum of Art makes dynamic art experiences to incite new thinking about art, museums, and the world. At the heart of the Williams College campus the museum draws on the collaborative and multidisciplinary ethos of the surrounding college to enliven the more than 15,000 works in its growing collection. The museum and its collection are a catalyst for student learning and community engagement. WCMA is located on Main Street in Williamstown, Massachusetts. The museum is open 10 am to 5 pm, Thursdays 10 am to 8 pm, and closed Wednesdays September through May. In June, July, and August WCMA is open every day 10 am to 5 pm and 10 am to 8 pm on Thursdays.  WCMA is free and open to all. For more information, contact the museum at 413-597-2429 or visit wcma.williams.edu.