A Panel on Translation and Interpreting – 10/26! 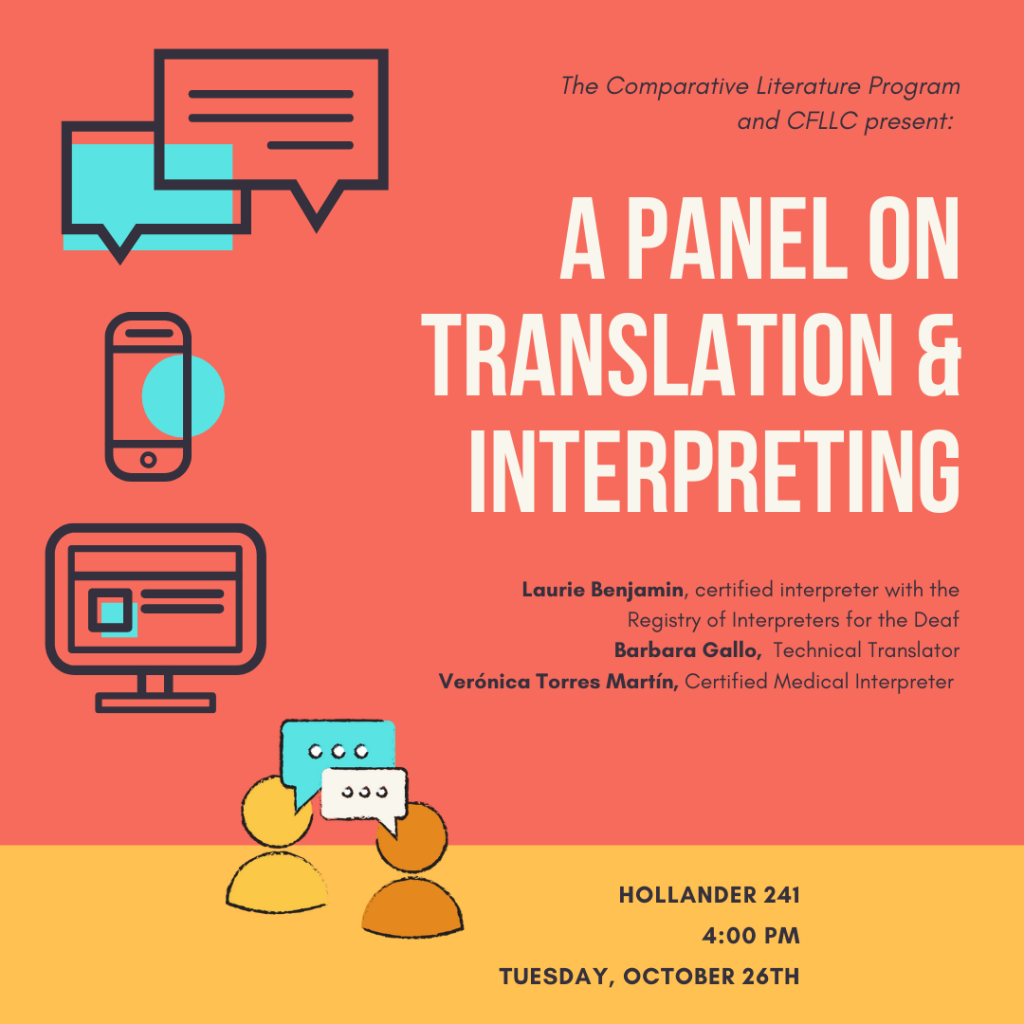 If you know more than one language, or are generally interested in languages and linguistics, join us on October 26 at 4 PM in Hollander 241 for a panel presentation on the topic of translation and interpreting with three local professionals.

The panel will feature the following local translation and interpreting professionals:

Laurie Benjamin is a certified interpreter with the Registry of Interpreters For The Deaf and has been interpreting for over 35 years. She recently wrapped up 16 years working as a video relay interpreter and is  a freelance Interpreter again. Over the years she’s taught ASL immersion and Deaf culture winter study courses at Williams. She also assembled a team and developed the interpreting program for a Deaf, ASL signing student that attended WIlliams and continues to interpret for the college as needed.

Barbara Gallo has been working as a technical translator from German to English for over 25 years. After completing the German translation program at NYU, she was employed by Kenyon & Kenyon, an intellectual property law firm in New York, as a German translator, a position she held for twelve years, the last few years as head of the translation department. During that time, she did legal and technical translations covering a wide range of technological fields, including hundreds of patents for filing at the U.S. Patent Office from major German companies such as Bosch, Heidenhain, Deutsche Telekom, SEW-Eurodrive and VW. Since moving to Williamstown fifteen years ago, she has been busy as a freelance translator, focusing on German patent applications.