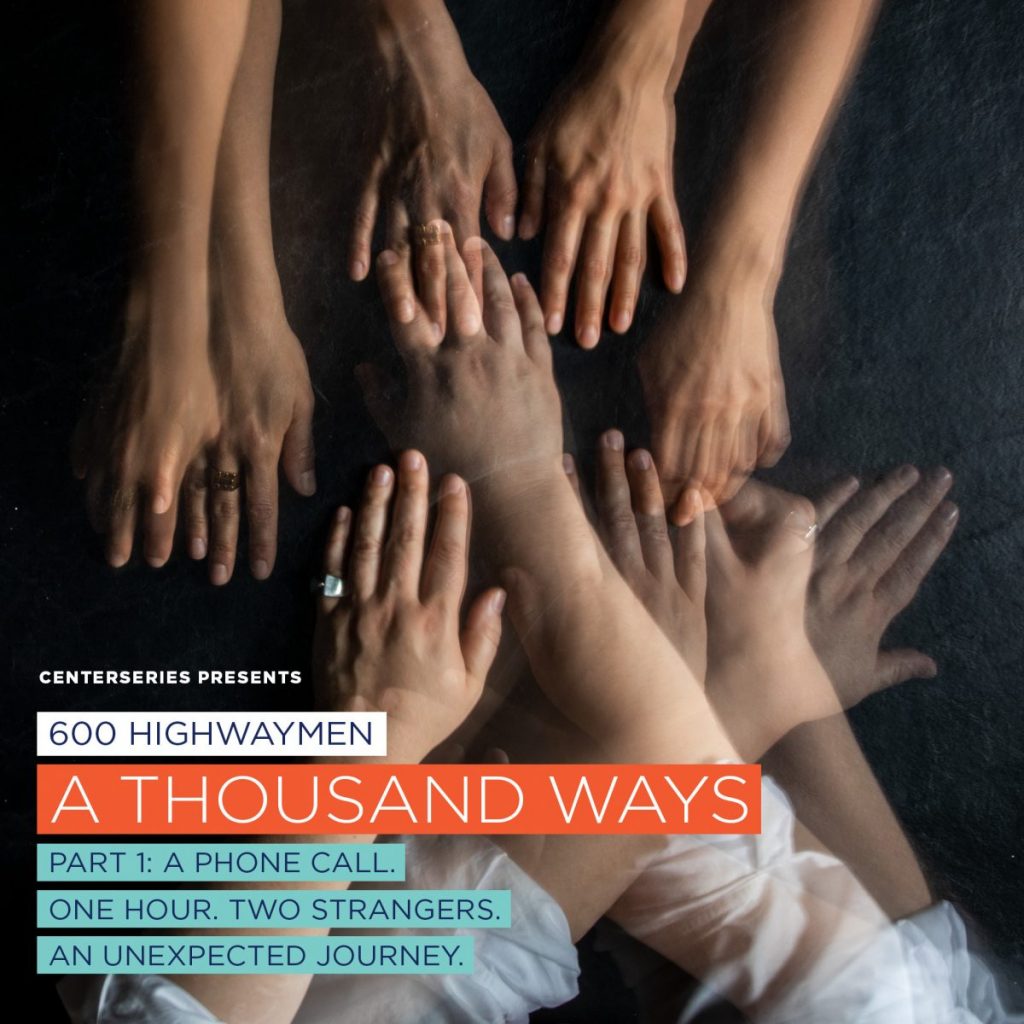 Part I, A Phone Call. One Hour.
Two Strangers.
An Unexpected Journey.

A Thousand Ways is a work of theatre in three parts. Conceived and created to respond to the evolving experience of COVID-19 social distancing —Part I is a phone conversation, Part II is a socially-distanced encounter and Part III is a public convening once it’s safe to do so. In each part, you are both the actor and the audience. Your words, actions, gestures, silence, thoughts, and willingness are the tools. With just two people, a telephone, a table, and a stack of cards, a new type of theatre emerges—one in which we are invited to depend on the kindness of strangers as we forge ahead into a brave new world.

Since 2009, 600 HIGHWAYMEN (Abigail Browde and Michael Silverstone) have been making theatre that explores the poignancy of people coming together around a work of art. Their work exists at the intersection of theatre, dance, contemporary performance, and civic encounter, consistently mining the question of what makes up the social sphere, and what it takes from each of us to maintain it. 600 HIGHWAYMEN has been called the “the standard-bearers of contemporary theatre-making” by Le Monde, and “one of New York’s best nontraditional theatre companies” by The New Yorker. They have received commissions from The Public Theater, Temple Contemporary, Salzburg Festival, and Festival theatreformen. They are recipients of an Obie Award and Switzerland’s ZKB Patronize Prize, and nominees for Austria’s Nestroy Prize, the prestigious Alpert Award and NYC’s Bessie Award. In 2016, Browde and Silverstone were named artist fellows by the New York Foundation for the Arts.